Oudenaarde (Oudenaarde in Dutch) is a Dutch-speaking city in Belgium, located in the province of East Flanders.
The city is located south of Ghent, on the banks of the Scheldt. With a population of around 28,000 inhabitants, it has been a small industrial city for centuries (textiles, breweries), once famous for its tapestries, and called the pearl of the Flemish Ardennes. The patron saint of Oudenaarde is Saint Walburga. Among its many monuments, Oudenaarde has a beautiful town hall from the beginning of the 16th century, in the Flamboyant Gothic style, built by the Brussels architect Hendrik van Pede. The city is world famous for its Verdures, the tapestries of Oudenaarde. The city's website offers an overview of restoration techniques. This activity played a big role in the history of the city.
In 2004, Oudenaarde received the Europe Prize from the Council of Europe.

A greenery (or tapestry of greenery) is, in the language of tapestry, a hanging whose decoration is mainly vegetal (trees, foliage). Animals, common, exotic or fantastic, can populate this decor: birds and forest animals, but the characters and constructions are absent or occupy a marginal place. The hunting scenes, despite the significant plant decor, do not fall into the category of greenery.
This type of tapestry was very popular at the end of the Middle Ages and again in the sixteenth century. The greens were woven in many workshops in Flanders such as the city of Oudenaarde in Belgium or Aubusson. Among the most famous greenery of Aubusson, we can mention those which belonged to the Montclar family and which are kept at the Château de la Trémolière, in Anglards-de-Salers (Cantal) (classified M.H.); they were woven around 1586.


In France, around 1530, François 1er founded the first royal tapestry factory in Fontainebleau. In 1601, a tapestry factory was created in the Gobelins enclosure by Henri IV.
The arrival of the Renaissance will introduce the Italian style in European tapestries in particular thanks to artists such as Raphael (1483-1520) who introduces the art of composition, order, clarity, perspective, decoration , the rich borders and arabesques that will give the "high color" specific to the Renaissance, Giulio Romano (1499-1546) disciple of Raphael and Perino del Vaga (1501-1547). Raphael's "Acts of the Apostles" tapestry will be the Announcement of the Renaissance in the art of tapestry. 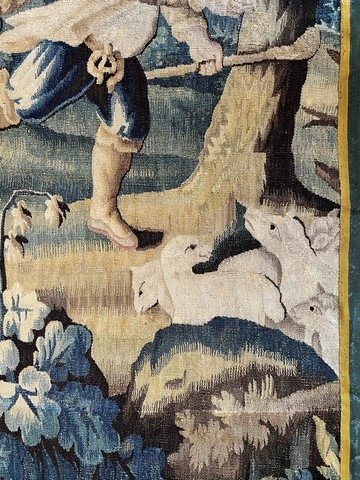 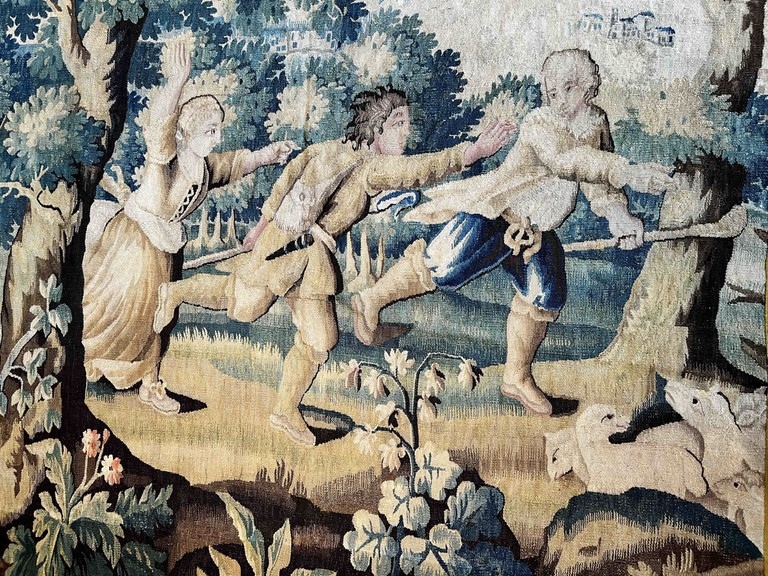