Tapestry is a fabric made on a loom or by hand, the weaving of which represents ornamental motifs. Weaving consists of two sets of interwoven threads, those parallel to the length, the warp threads, and those parallel to the width, the weft threads. The warp threads are placed under tension on a loom, and the weft thread is transmitted by a back-and-forth mechanical movement over all or part of the work. Often the tapestry is a decorative textile furnishing achievement, classed in the decorative arts. A room's wall hanging can consist of a single or a set of tapestries.

The art of tapestry has existed since antiquity, and many peoples have practiced it: ancient Greece, imperial China, ancient Egypt, pre-Columbian civilizations. Western tapestry experienced tremendous growth during the 14th century, illustrated by the Apocalypse tapestry commissioned by Duke Louis I of Anjou.

A large number of tapestries have come down to us directly. They are sometimes grandiose (The Lady and the Unicorn hanging kept in the Cluny museum, David and Bathsheba hanging kept in Écouen, Les Chasses de Maximilien hanging kept in the Louvre museum), and often more modest. Some hangings are available in several series (History of the King hangings, a complete series of which is in the Palace of Versailles). 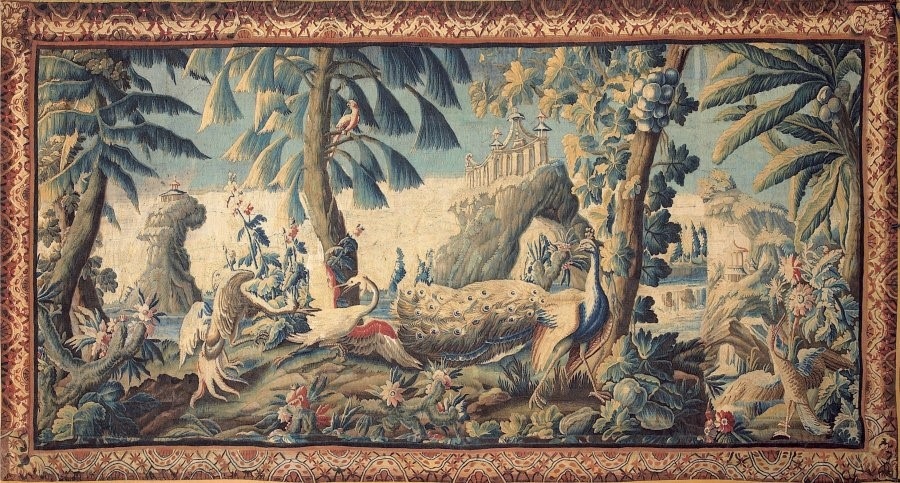 Wool is the main material used to make a tapestry. Wool was used preferentially due to two qualities, it is easy to dye and it retains heat well.

We also use the silk produced by the silkworm and which gives a luminous appearance to the tapestry. Its disadvantage comes from its high price.

In the richest tapestries, woolen threads could be mixed with silk threads, or even with gold or silver threads. 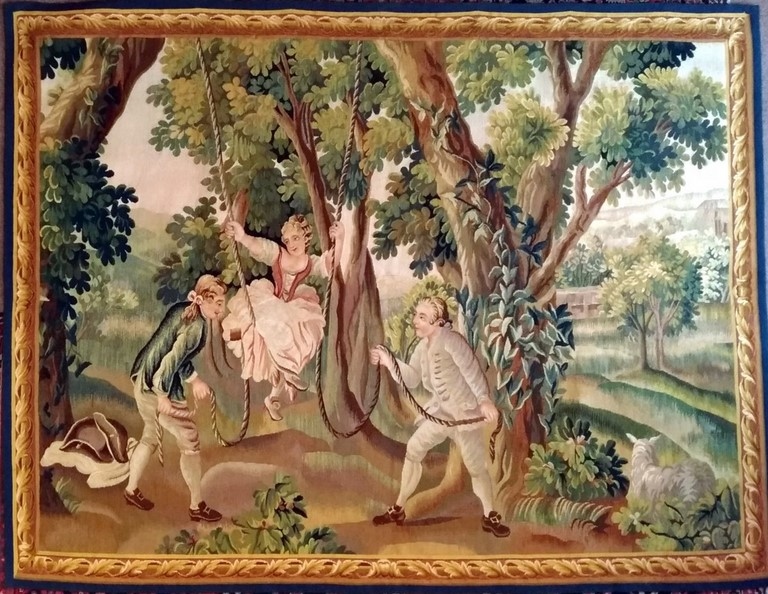 The low warp technique is horizontal and the loom looks like a table while the high warp technique is performed on a vertical loom. The warden spreads the threads to see the cardboard placed under the threads in the low string; in the high lists, he uses a mirror because the cardboard is placed behind him. Initially, unbleached woolen warp threads, which constitute the matrix, are stretched over rollers called beams. They are covered as the weaving progresses by weft threads, which bring the design and the colors. The execution can be done with several hands. It is long and meticulous. To execute the weft, the weft operator activates pedals, which separate the sheet of warp threads into even and odd threads, allowing the passage of a shuttle with its thread. This passage is called a past. There are as many shuttles as there are colors. The licier can carry out effects: shuffling, a sort of hatching that allows color gradations to be made; the relay, a kind of cut between two color zones. The work carried out winds up as it goes on the beam. Once completed, the work is unrolled. In contemporary tapestry, we can multiply the thicknesses, make bursts (holes) or let the threads hang to give expressiveness and material. Note the invention, at the end of the 18th century, of the Jacquard loom, which enabled the mechanization and industrialization of textiles in general, and, to a lesser extent, tapestry.


The two techniques of execution of the tapestry of lists are used by several production centers: in France, Gobelins factory in Paris, tapestries of Beauvais, as well as the tapestries of Aubusson. In Belgium, the royal tapestry factory De Wit, in Malines (Mechelen), and Chaudoir, in Brussels. Oudenaarde10 (Oudenaarde) as well as Grammont (Geraardsbergen) and Enghien, are known worldwide for their "greenery", a specialty that also started from the Aubusson workshops. Tournai still has a museum of its tapestry but also a school in which many tapestries from all over are renovated.

The technique was internationalized from the 17th century and the crafts became more individual in the 20th century, particularly after the Second World War, allowing a greater and more personal diffusion and practice of tapestry.

Distinction Between Tapestry And Embroidery 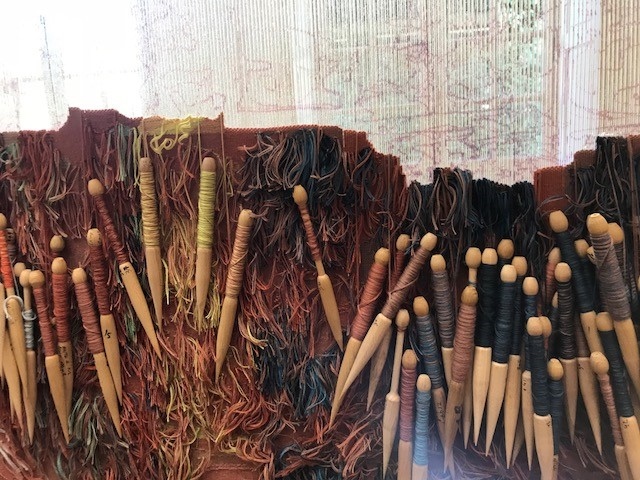 The oldest of the hangings is the Bayeux tapestry, a grandiose historical piece 70 meters long which recounts the invasion of England by William the Conqueror in the 11th century. However, this work is unfairly called a tapestry because it is actually an embroidery, executed "with needle points": while a tapestry is woven on a manual or mechanical loom, the embroidery is sewn on a canvas using colored threads and needles. The colored threads do not cover the entire surface, unlike the tapestry. Formerly called "needlepoint tapestry", this technique initially used a fairly coarse canvas which is now a "canvas", hence the current name given to the technique. Embroidery has been known since time immemorial, unlike tapestry, which is more complex to implement and whose start dates back to the end of the Middle Ages. Its common points with tapestry are not only belonging to the textile family but the representation of a subject or a scene. In this, it can be considered the ancestor of tapestry. Under the Old Regime, there were manufacturers of needlepoint tapestries. The achievements are of modest size, having some applications. Thus the tops of seats made with small or large stitches constitute its most common use, even larger pieces such as hangings for princely beds or wall hangings, which can be seen in certain castles and museums. Because of its ease of use, the needlepoint technique became a "lady's work", practiced by the aristocracy and the bourgeoisie, before becoming popular.